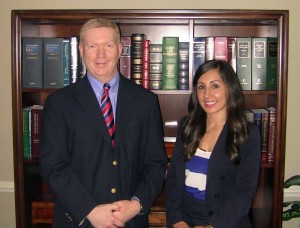 In Georgia, the court can order child support to be paid in the following ways:

The divorce and family law courts in Georgia (usually the county Superior Court) can order child support to be paid by both or either parent to the other parent, or to another party that has custody and responsibility for the party(ies)’ child(ren).  In summary, the court has the power and discretion to order child support paid the following ways:

Once the court orders child support, the order can only be changed if the court is asked by one of the parents to modify the order.  In the state of Georgia, child support may be modified upward or downward.  When determining whether to modify child support and by how much, the Court is required to consider several factors.  For example, a parent is required to prove that there has been a substantial change in income or in child’s financial needs since the entry of child support decree.  Regardless, Georgia law usually requires a parent to wait two (2) years prior to making a previous request to modify child support to ask for a subsequent modification.  However, this two (2) year requirement is not required if the requesting party has a substantial (25% or more loss of income) downward change in income.  See O.C.G.A. § 19-6-15 (j).  Also, each party can request a child support modification anytime after the original order, every two (2) years afterwards.  Therefore child support can actually be modified an average of every one (1) years if both parties are requesting a modification every two (2) years and the requests are approved.  In reality, in most cases child support is not modified very often by either party.

In the context of a Georgia uncontested divorce, any of the above scenarios can usually be settled between the parties and the court will usually approve any reasonable agreement.  This can include child support being waived by either / both parties.  Because child support and child custody are some of the more complex issues in Georgia domestic relations law, if is best to hire an experienced divorce and family law attorney to help draft the necessary agreements, affidavits and pleadings for waiving, paying or receiving child support.

Child Support as a Right

Child support rights belong to the minor child or children involved in the divorce matter.  Therefore, the parents cannot waive it, as it is not for parents to decide. In certain circumstances.  However, a judge may rule that neither party is required to pay child support. Such situations include, but are not limited: minimal child support obligations, similarity in parents’ income, child’s needs are being satisfied etc. For instance, court may have the discretion to waive child support to avoid unnecessary conflicts likely to arise when parents share the custody and one of the parent’s support award is likely to be under the requirements set in child support guidelines.

Even though one parent is required to pay child support under a custody order, both parents are financially responsible for their child(ren) upbringing and care.  Under the child support order, non-custodial parent is required to pay the custodial parent a specific amount each month.  The specific amount covers the basic necessities that a child may need including, but not limited to: food, shelter, clothing, and basic education.  A parent cannot generally “sign away” all of his or her rights to child in hopes of absolving him or herself of all financial obligations to a child.  It is however possible for a child to be put up for adoption by the legal parents of a minor child, which once the process is completed would generally result in the parental rights and financial obligations being terminated in regard to the child.

In addition, in Georgia, with or without the agreement of the parties, presumptive amount of child support can be deviated upward or downward, and it can be deviated to a zero dollar amount.  While the court has the final say, it is not uncommon for the child support in uncontested divorce cases to be deviated downward or upward for one or more factors, which may include:

The most common downward deviation that we see in cases if for when the parties have approximately equal visitation time, and the child support is reduced to zero dollars, meaning no child support is paid by either party to the other.

If you are currently going through a divorce, and are considering entering into a Georgia Divorce Settlement Agreement in regards to child support or alimony, it is important to ensure that you do not waive your right to seek future modification of child support if needed.

Call us today at 770-609-1247 to speak with one of our experienced child support and divorce attorneys.  Contact >