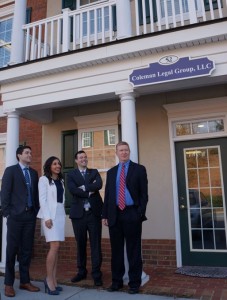 In the State of Georgia there are two primary types of custody; legal and physical. Legal custody is the custody rights pertaining to decision making and access to records concerning the child. On the other hand physical custody refers to the physical access of the child in terms of being the primary residence in which the child resides or the access to the child during visitations. The courts will outline via court order the arrangement of both physical custody and legal custody; the physical custody and legal custody arrangements can be divided between the parents in the form of joint custody or sole custody.  In any event, the custody decisions in a Georgia uncontested divorce must be agreed to, signed, dated, and notarized in a documents called a Parenting Plan.  The Georgia Parenting Plan agreement, once executed by the parents must be filed with the court and approved by a Superior Court judge.  See O.C.G.A. § 19-9-1.

Above is merely an example of how the legal custody rights can be divided.  They can also be joint, but in an uncontested divorce a provision stating how disagreement will be resolved will be necwarry.  This usually includes mandatory mediation, arbitration, or some other dispositive method.

In this type of arrangement both parents should communicate decisions that are made on behalf of the child with each other in the form of co-parenting and in the case of disagreement then the parent with tie break ultimately formulates the decision. In extreme cases a judge may recognize parent’s inability to co-parent and incorporate a clause that states that the parents do not have to discuss major life decisions before exercising final decision making authorities. Legal authority gives both parents the ability to access health, medical, school and other important records as well as having involvement in the decision making processes regarding health, education, religion, and extracurricular activities and or any other decisions regarding the child’s everyday care or wellbeing.

Equal joint physical custody in Georgia is not awarded through the legal system as it is generally perceived as to complex to be in the child’s best interest. In equal joint physical arrangements parents share the child for equal amounts of time throughout the week. This type of situation generally only works if the parents’ divorce or separate on amicable terms and are able to effectively co-parent and are willing to have open communications between the parties. Due to the courts non preference to order equal joint physical custody,  “Equal Joint Physical Custody” arrangements are usually presented to the court in the form of a Consent Order / Parenting Plan agreement.

Sole custody means that one parent retains all legal and physical custody of the child. This is a rare circumstance in the State of Georgia and is typically only granted if the other parent is deemed unfit to serve as a parent. This means that the single parent of the child will be granted all legal decision making abilities without the consult of the other parent and will retain sole physical custody of the child without the other parent being involved in maintaining visitation. The child only has one single residence with the parent retaining sole custody.  Sole custody arrangements can be modified at a later time, usually by the party that does not have visitation or custody.

Split custody is another unique possibility that can be achieved through negotiations between the parties. The Georgia court system does not issue split custody decisions unless they are mutually agreed to by the parties, in which case, they will judicially approve the agreement in a consent order. In a split custody arrangement parents can divide the children in a way in which each parent obtains full physical custody over a child and the other parent receives full physical custody of another. Considerations of split custody may be developed on the basis of age and preference of the child. In these instances siblings may be divided and will be prevented contact or maintain limited contact – which the courts and other psychologist view as possibly detrimental to the children involved.  Split custody arrangements are not very common.  However, they usually do not face any significant resistance from Georgia courts in the context of an uncontested divorce if drafted properly in the Parenting Plan and properly provided for in the Child Support Addendum and Child Support Worksheets.

We have over fifteen years of experience helping clients resolve complex custody issues in uncontested divorces, saving them much time, money and stress. Call us at 770-609-1247 to speak with one of our experienced Georgia divorce attorneys about your case today. Contact >