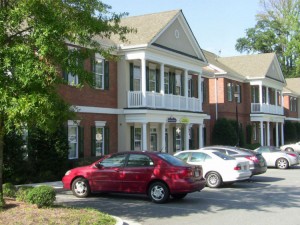 When negotiating an uncontested divorce, one of the most difficult issues a couple go through is dividing their property. If the couple can agree on how to divide all of their assets, courts in Georgia generally accept such agreement provided that it is fair and reasonable. However, if the couple cannot agree, the courts a judge or in some cases a jury will make a final decision of how the property will be divided.  Regarding Judge and Jury Trials for divorce cases, see: O.C.G.A. § 19-5-1.

Before dividing all assets, it is important to distinguish between marital assets and separate assets. The distinction is important because each spouse retains each other’s separate property. Only marital property is divided through divorce. Dividing property can be complicated and quite difficult, especially if the couple has significant assets. On top of that, laws governing property division in divorce involve many different factors (although the laws vary among different states – particularly between the “community property” states and “equitable distribution” states). Below explains how assets get divided in divorce cases in Georgia and will give you a quick overview of relevant laws on the issue.

How is property divided in a divorce in Georgia?

Georgia is an “equitable distribution state” which means that in a Georgia divorce, all marital assets acquired during the marriage is subject to “equitable division.” Equitable does not mean equal or half-and-half (50/50), but rather it means what the court considers “fair.” Courts divide only marital assets, and any assets acquired before the marriage are considered separate property (also called non-marital property) and owned only by the original owner.

In Georgia, regardless of how the assets are titled, all assets that were acquired during the marriage are marital assets. For instance, pensions and business interests that were developed by one spouse can be considered marital assets if they were acquired during the marriage. Originally, title to the property was determinative of who would be awarded property in divorce. However, the court decided in Stokes v. Stokes. 273 S.E.2d 169 (Ga. 1980), that title is no longer determinative of property division, although courts take title into account in dividing property. In Strokes v. Strokes, a house titled in the name of one spouse was equitably divided based on the evidence that the non-titled spouse had contributed to the purchase of the house.

A large asset, such as a family house, shared by a couple may be divided in different ways. Sometimes, one spouse will be awarded the house, while the other spouse is compensated for his or her interest in it with some other marital property. Other times, the house will be sold and the proceeds are split between the spouses. When the home was purchased during the marriage and thus completely marital property, the only question is how to divide it “equitably.” However, if the house was owned by one spouse prior to the marriage, but some marital funds were used to pay a mortgage or to improve the property, the question becomes complicated. Georgia courts follow a rule known as the “source of funds” rule. In Thomas v. Thomas, the court found that if the spouses contributed to the increase in the value of the house or to the reduction in deb during the marriage, then the both spouses may be entitled to a portion of the house – notwithstanding that the house was owned separately by one spouse before the marriage.  See Thomas v. Thomas, 377 S.E.2d 666 (Ga. 1989).

How does the court in Georgia split the marital property “fairly”?

Spouses can divide their property by assigning items to each spouse or by selling property and dividing the proceeds. They must also assign all debts accrued during their marriage including mortgages, car loans and credit card debts to each other. If, however, the couple cannot agree on how to divide property and debts, a court will decide on the issue. Determining how to divide property and debts, courts may consider a number of factors. Factors may vary depending on the individual facts and circumstances of each divorce case, but there are some commonly factors including:

The court will consider different factors in different cases. Generally, the longer the duration of the marriage, it is more likely that a property is divided equally.

What is considered marital property?

However, a spouse can convert his or her separate assets to marital assets by changing the title from his or her name to joint ownership during the marriage. Courts usually consider changing the title to an asset to a joint ownership with their spouse, that spouse intends to give an ownership interest in that asset as a gift to the other spouse. If one spouse gives an asset this way to their other spouse, the property becomes marital, and can be equitable divided as a part of a divorce. See McArthur v. McArthur, 256 Ga. 762 (1987).

After sorting out what assets are marital assets to be divided after divorce, the couple or the court will generally assign a monetary value to each item. Courts are likely to accept the value when both spouses agree on the amount. If the couples need help determining monetary values, they can hire professional appraisers. Also, financial assets such as retirement accounts can be hard to evaluate the value and may require professional assistance of a CPA or with obtaining a pension valuation.

Georgia laws concerning the division of marital assets and the classification of marital and non-marital assets contain several exceptions and it is not always easy to understand. In addition, in dividing a property, a court will look at different factors depending on particular circumstances of each case. It is therefore advised to seek an experienced attorney who specializes in Georgia divorce who can tell you what are the options and can help you get your fair share of marital property.

If you need help negotiating the division of assets and putting this agreement into a written uncontested divorce agreement, call us at 770-609-1247. We have years of experience with hundreds of divorce cases involving marital and separate assets. We offer free consultations to qualifying clients. Contact >