Proving Fault for Uncontested Divorce is Not Needed

Why proving fault (pursuing a contested divorce) is frequently not the best first option. 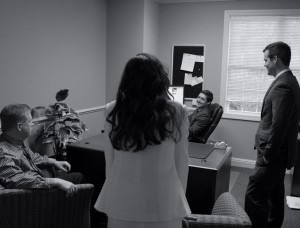 Divorces are time consuming and have significant monetary cost for the parties involved.  This is especially true in cases in which the parties focus primarily on the faults of the other party during the marriage. It is not uncommon in family law situations for parties in a contested divorce situation to make the whole case about who caused the fault that led to the divorce.

In fact, it is considered a common action in today’s society to publically air marriage difficulties and a spouse’s perceived thoughts even on social media.  However, just because it is common does not make it right and such actions can actually make a divorce situation much harder than it needs to be and the results are often less favorable to either party in such situations.

However, in the context of an uncontested divorce case, proving fault is almost never an issue or productive.  Because an uncontested divorce has to be agreed upon by both parties, most spouses will not agree to the divorce when they realize they are being accused of being the reason for the divorce, which will require one of the twelve (12) fault grounds for divorce that Georgia allows.

It is important to note the reasons a divorce can be filed in Georgia.

Fault Grounds for Divorce in Georgia

No-Fault Ground for Divorce in Georgia

Why Proving Fault May Not Be Best for Your Divorce Case

You may be able to logically, and with evidence point out every instance in which the other party was a fault and therefore caused the divorce.  However, the real issue is will this really assist you in the divorce case; and most of the time the answer is no.  The only fault that is proven in a divorce is within paperwork and evidence presented in court, which frequently will not have any significant effect on the ultimate outcome of the case.

For example, if the reason for the divorce is that the other spouse was unfaithful it is okay to provide this as a fault for the divorce and to provide any proof necessary for validating the claim, but this should not be the primary focus of your case.  Focusing solely or primarily on making the other spouse at fault will only leave you less time to dispute more serious concerns such as, dividing assets, handling debts, determining support, determining custody, and determining visitation arrangements.  In addition the focus of blaming fault may in fact work at your disadvantage by negatively impacting the judge’s decisions in regards to your case and may destroy the possibility of a cooperative and positive relationship that could exist following a divorce that may work to your advantage.

The Satisfaction of Placing Blame

There are several unrealistic expectations that spouses believe that they will attain if they can make the divorce process your entire fault.  However, showing the court that your spouse is at fault (e.g. cheated during the marriage) is frequently unproductive.  This is because the court are familiar with these tactics and rarely show significant favor with the spouse that is asserting that their spouse is at fault.  The court may even view the primary reason that a party focuses on blaming their spouse for the divorce is to achieve some type of upperhand or justification for their actions and position.  This is while the court frequently finds that the truth is somewhere in the middle, and both parties likely contributed to the marriage failing.

Common Themes of the Blame Game

The divorce courts in Georgia are familiar with common themes and arguments, narratives and themes asserted in a divorce predicated on fault grounds, such as:

Exceptions – When Fault Does Matter

There are some notable exceptions, where proving fault does matter.  These include but are not limited to:

Infidelity:  Infidelity does not frequently matter in a divorce case.  However, if a divorce case is filed, asserting and proving that the reason for the divorce is the other spouse’s infidelity, then it is a bar to them receiving alimony.  This is a very important factor in some divorce cases, and should be explored and discussed with an experienced attorney if infidelity and alimony are issues in your case.

Alcoholism and Drug Use:  If it can be shown to the court that the other spouse in a serious alcoholic and/or drug user, they may have their visitation and custody limited with the minor children.  It is not common for the visitation to be supervised, but it may be depending on the seriousness of the situation.

Cruel Treatment:  This is a fault ground that is frequently asserted in divorce cases.  While it is often not a significant factor in the outcome of a divorce, if it can be proven that the other spouse is indeed a very cruel person that is likely to do harmful things to the minor children (verbal abuse, etc.), then their custody and visitation with the children may be very limited.  In addition, the court may order that all visitation be supervised at the expense of at fault party.

However, in Most Other Divorce Cases

Placing all the blame in a divorce situation only makes the divorce case unnecessarily complex and prevents the real issues being addressed with adequate time. If it is possible to resolve the situation then the fault should be addressed with the court.  However, this should only be with the intention of seeking resolution of the issue; such as, ordered therapy, counseling, or classes to resolve the particular issue at hand.

Otherwise the issue should be settled outside of court between the spouses themselves as to save time and money.  The only real way to settle disputes is through civilized conflict resolution in which both parties have to cooperate / collaborate.  Placing blame and pointing the finger by claiming excessive faults in a divorce is only going to eliminate the opportunities between the parties to resolve issues and find a middle ground.

In the long run most spouses find that settlements outside of court cases are more effective in achieving what they want out of a divorce or family law case and if the other spouse is unwilling to cooperate in settlement alternatives then they are force to settle in court with an order that does not fit perfectly with either parties desired goals.  Overall it is better to promote a more positive atmosphere during a divorce to make the process easier and more efficient.  Constant accusing your spouse of fault and causing the divorce hinders hinders the process and can make the process longer, more painful, more costly, and the relationship of ex-spouses more uncooperative.

Getting Legal Help for Your Georgia Uncontested Divorce Case

If you are interested in learning more about the uncontested divorce process in Georgia, call us at 770-609-1247 to speak with one of our experienced Georgia uncontested divorce attorneys.  We have helped thousands of client’s resolve stressful legal situations quickly and efficiently, and we would like to help you also.  Contact >